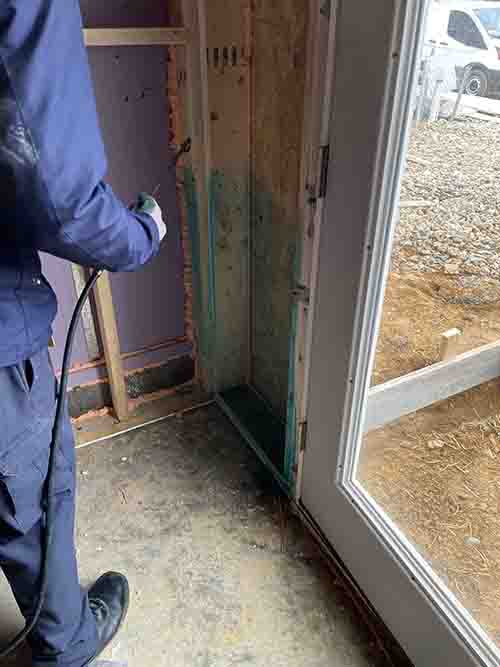 What are the termite species that can infest the home?

There are three main termite species that will target the home. You have the subterranean, drywood and dampwood termite species. Of the three, subterranean termites are the most destructive, causing approximately five billion dollars in damages each year across the US. The other two species, while causing less damage on average, can be very costly to remove once their infestations become widespread in a building. This is because at later stages, the infestations will have to be fumigated, which can cost thousands of dollars.

How do home infestations start?

Termite home infestations can start in different ways, depending on the species. Subterranean termites will dig tunnels out of their underground colonies and reach out to wood that is close to the surface or above ground. If these termites reach the home, they will start an infestation in multiple pieces of wood at once. You then have drywood and dampwood termites, which will build their colonies inside of the wood that they eat. These termite species build new colonies with the use of swarmers. Swarmers are part of the reproductive caste, and they will start to show up once a colony reaches maturity. These swarmers fly out of the colony in very large numbers, they mate, and then start new colonies of their own. Most of them will fail, but some may succeed, and if they start a new colony in the wood of the home, the infestation begins.

How are termite infestations removed?

Subterranean termite colonies on the other hand are much harder to reach, so they will have to be handled using more ingenious methods. To stop an infestation quickly, chemical barriers will be used, which are termiticides that are injected in the ground surrounding a building, and which will kill any termites that attempt to pass through. To kill off a colony, a baiting system will be used. The workers will be drawn to baits set in plastic containers in the ground, and they will take these baits back to their colony, eventually poisoning their own queen.

If you have any more questions about termites and how they are removed, contact us today and we will answer them for you.